Now I've never made my own levels, so I'm not sure how much of a help I can actually be here, but I've played many other levels people have made and they're usually set up (mostly) the same way...

In a zipped folder containing the txt.file (i.e. the level itself), a Custom folder for any custom sprites and or music used, and an optional Read Me explaining what to do with the custom graphics and to give credit if needed.

On windows, Right click the main folder that everything's in, and find Send To in the list, a zipped folder should be the first option in the list. Though I'm not sure if that's what others do here...

As for making the zipped file downloadable I have no idea...There is the Raydistributor website where people upload their levels for others to download as a zip file, but I've no idea how that works. I'm sure someone more acknowledgeable can help you further, though!

Don't forget to introduce yourself in the members forum sometime, it could help you to let others know you're here! Though I'll be the first to say hi, and welcome to the RPC!

Re: Ask a stupid question, get a stupid answer!
Many shoes.

How much errors Windows can create in real-time?

Re: Rayman ReDesigner
Hey guys, i made a level, and i don't know how to turn it into a .zip file. any help?

Re: Rayman Jungle Run & Fiesta Run for PC (with download links)
Thank you for this amazing work.

Re: Rayman: Alive
Thanks, I have updated the slider and made a post on the portal news too.

Re: Rayman Jungle/Fiesta Run patch (Android)
This won't solve the issues on Android, but for those keen on playing the games no matter how, ICUP321 has released fully functional PC versions of Jungle and Fiesta Run (they were recently delisted and some downloadable content was unavailable). Higher-resolution textures are also available.

Re: The You Game!
< prepairing one big project of Rayman Fan Union for this month. It must be publicated in winter holidays.

Tune in at 8pm CET on December 10 on the Rayman: Scepter of Leptys YouTube channel for Rayman: Alive, an event which will showcase news from many Rayman fangames and other new projects!

Participate in Season 6 of the Teensies' General Knowledge Quiz!

Come and vote in the 114th round of Rayman Manipulate the Image, with Flattened Rayman!


Rayman: Alive, an event which will showcase news from many Rayman fangames and other new projects, will take place on December 10.

Tune in at 8pm CET on the Rayman: Scepter of Leptys YouTube channel for an exciting premiere!


Rayman's new design for Mario + Rabbids Sparks of Hope was revealed, while the DLC was announced to be planned for late 2023. 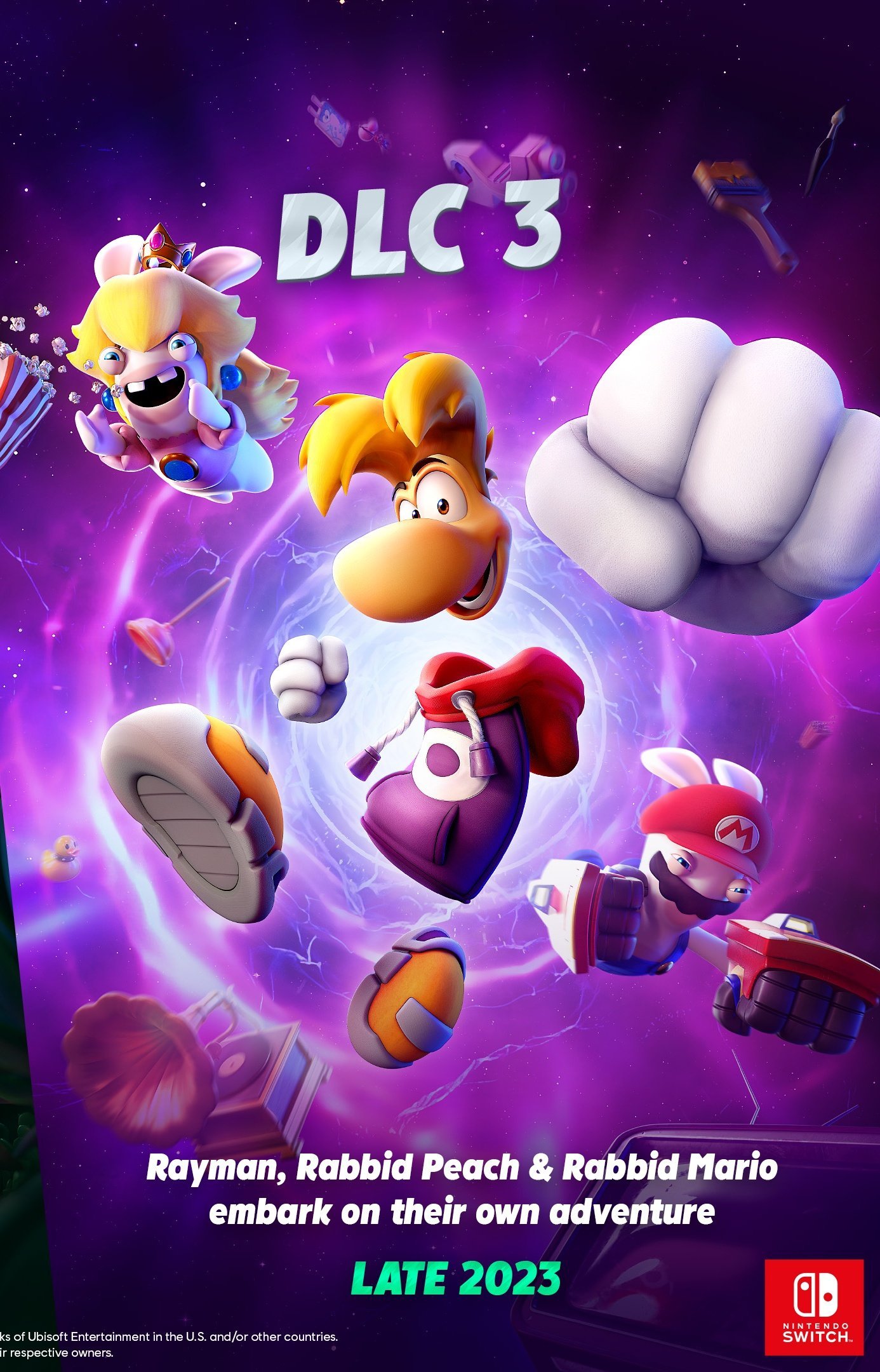 
A fangame called Rayman: The Dreamer's Boundary, made by mistercallumb, has just been released! It has been in the works for over a year and is now ready for all to play.


It was announced at Ubisoft Forward 2022 that Rayman will feature in the new DLC for Mario + Rabbids Sparks of Hope. A trailer was published for the occasion:


Today marks Pirate-Community's nineteenth birthday, one step closer to two decades of existence! While nothing particularly noteworthy happened to the Rayman series over the past year, the community itself has been thriving.

On the research side of things, the discovery of cut Rayman 4 functionality and mechanics in Rayman Raving Rabbids and the release of the source code for the engine for Rayman 2 which was found in a leaked version of Rayman Raving Rabbids for the Nintendo DS led to numerous findings and even paved for the way for new types of potential fan games. Unpublished tunes created for Rayman Junior were discovered too, as well the elusive video "Rayman's training" which is now available in its entirety.

The modding scene has not been left behind, with numerous patches that allow for a better experience of Rayman games, from texture packs to multiplayer support. Many fan games are in development, and while there have been no major releases as of the past year, a lot of content is being created for Rayman ReDesigner.

Finally, we at Pirate-Community had the pleasure to host the second edition of our speedrunning contest, SpeedRay 2022, with shiny cash for the talented winners!

One year after the launch of our speedrunning section, which came with the first edition of our speedrunning contest where participants won rare items of Rayman merchandize, we have decided to go for it again! Therefore, allow me to introduce SpeedRay 2022.

This time, the prizes will be a combined $200 of gift cards, and there will be only one category, where everyone will play the three main games. How will this work? Click here to find out!
by Hunchman801
Sat Jan 01, 2022 11:27 pm:


Happy New Year to all!


Merry Christmas to each and every one of you! Santa may not bring you a new Rayman game this year, but we hope that you’re pleased with your presents nonetheless and that you’ll enjoy time with your close ones.


Today, Pirate-Community just turned eighteen. While the Rayman franchise is in limbo, and the past year was marked by Michel Ancel's departure from the video game industry, the community is still active and productive, with a strong focus on fan games, reverse-engineering and tooling, and Pirate-Community is at the very center of it. Always providing fans with the best possible resources and discussion platforms, we've extended our coverage with the creation of a new Rayman speedrunning section, which hosted a successful contest in which the fastest runners won rare merchandise, and we've connected further with the rest of the community, as shown by our affiliation with the r/Rayman subreddit

Over the last year, 16,639 messages were posted on the forum, adding to a total of 1,353,334, while RayWiki, with 111 new articles, now boasts a total of 5,839 in 8 languages. RayTunes saw many additions to its already extensive coverage of Rayman music, with new tracks from seven games from Rayman Junior to Rayman Mini.

The Rayman 3 Hall of Fame was also brought back from the dead thanks to our members' expertise, and plans are underway to create one for Rayman Raving Rabbids.

Pirate-Community has reached the age of majority for most countries in the world now, which is an impressive achievement no one would have expected at the time of its creation, and we are more determined than ever to ensure it will still be around for an even longer period of time.

It has been a long wait, but finally RayTunes has received another update, with the following changes:

Enjoy the update!
by Droolie
Top