Rayman 3 (Out Of Bounds & Secrets)

Rayman 3 (Out Of Bounds & Secrets)

So i'm doing an "Out Of Bounds" series of Rayman 3 where I use the helicopter power-up glitch in order explore both inside & outside all the levels of Rayman 3 & hopefully find some hidden easter eggs, glitches or even secrets!

I would love to hear your thoughts on this & leave feedback on what you think of this series & maybe leave some ideas on what I should do or maybe even explore something in a level in particular? Let me know & hopefully i'll deliver!

Part 4 is up now, I found some hilarous glitches this time & even some hidden yellow gems under the level itself! That surprised me a ton haha, enjoy!

Oh wow, it's amazing how going out of bounds can break the game so much. Even then, it's cool to explore the maps in depth like this.
GLOBOX MOMENT!

But amazing finds!
Looking forward to the other parts
Top

That's actually anything but surprising.

I think those gems were discovered before – they're nothing compared to what's coming in the next couple of levels though!

True, I guess the idea is breaking the game.

I never really looked into this stuff, but it's interesting to see.
GLOBOX MOMENT!

That thing with the mirror was really interesting though. If I understood correctly, you entered Bégoniax's house the wrong way (by helicoptering in from underneath, not by teleporting in from the "front door"), which caused the cauldron to get all fizzy – then when you tried to enter the mirror it caused all the teleporters in the house to seize up, both the one at the front door and at the mirror itself. So then when you went back out and tried to enter the teleporter at the front door, it sent you straight inside the mirror, but the cutscene didn't play properly. Then you helicoptered back to the main area again and the game segfaulted.

I guess the teleporters in the house are linked, and using them in the wrong order can lead to, well, nasal demons… Dunno if it's worth trying to go through all the code with Raymap to figure out why it does that!

I also found it interesting that the Mawpaws / Paluchards had audible SFX when you flew up close. I guess they were originally intended to be encountered in those states on the ground, and probably not as friendly as they ended up being in the final game…

The bog of murk is really broken tbh. Here is a video i made a while ago showcasing a lot of bugs
https://www.youtube.com/watch?v=qxzQ29wF6lY 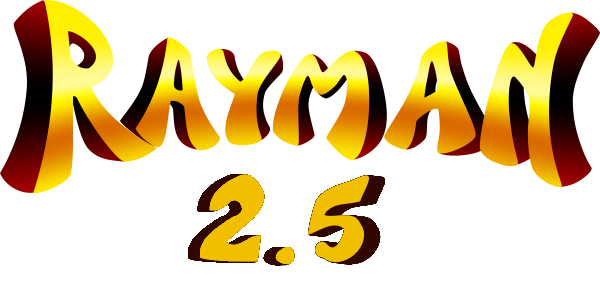 Hi, im working on a fangame

I'm not too surprised about hidden gems ever since I learned about the strange yellow gems behind the tree with the green powerup in BOM3. But wow, your videos of you breaking Rayman 3 are really cool! Curious to see what other stuff you find.

On a side note, i find it interesting how more than half of Rayland's video focuses on BOM1 in mostly Begoniax's house. That area really is buggy, like wow! Admittedly though I do not find Rayman standing on thin air surprising, oddly enough.
Life happens. Just gotta roll with it!