The Awesome and Cool Poll Thread

[color=#FF8000]PluMGMK[/color] wrote:In the spirit of not being a total ostrich about these lengthy delays, polls will run for a week now, not three days.

Sweet. That sounds good to me.

In my opinion, A Che Guevara postage stamp should be something to exist, In order to mark his legacy and it kinda sends a message that his fight will live on forever.
He is Duty-Bound.

New poll suggestions: should parents have their kids believe in santa?
Burgers float into my room...

Wow. Early poll suggestions.
I will wait until PluMGMK confirms to open up the polls again.

Early? Well, the poll was over, so the suggestion is more than welcome! Here we go…
Results of previous poll:

Adsolution wrote:I think it's great to celebrate all sorts of heroes from around the world, even the ones that go off the deep end at some point. Someone out there had the will to step forward and risk their life to change things for the good of millions, and it's ridiculous to me that there are people who will disregard all of their accomplishments because fighting tooth and nail, quite literally, for years can make you go mad. He reminded everyone that the people are the ones who own society.

To me, his stamp represents a legacy, and we need to appreciate that instead of censoring anything that doesn't completely agree with modern Western politics. I'm a bit tired of seeing countries exclusively advertise their own less-accomplished people anyway, especially in the British colonies where the Queen managed to get her face all over our money just because she was the daughter of the last Queen.

Essentially I agree with everything you say here. But I went with "publicity stunt" after figuring out that this thing had people lining up to buy stamps, which is obviously a welcome spike in revenue for the postal service in this day and age.

Ah, that makes sense. I don't know how getting stamps works anyway, since I don't think I've ever sent a letter outside of elementary school where we got assigned a pen pal for a couple months.


@topic:
It doesn't bother me that much, mainly because it's also tradition to learn the truth at some point. Santa is almost anti-religious in that way, lol - I'm imagining the parents of a religious family revealing it to their kid, and kid asking "so does that mean Godman isn't real either, for the same reason?" "Oh, no son, no!"

I don't think it's a very honest way to teach a lesson though, so No. Instilling the importance of critical thinking at a young age would allow the kid to debunk it on his or her own much earlier on.
Top

It is not much of a problem to me.
Later on, It is not really something to believe in anymore.

But I agree with Adsolution wholeheartedly.

I don't have much of a problem with kids growing up believing in Santa. It's tradition, and I haven't heard of or known of any kids throwing a tantrum and/or feeling betrayed as if their parents straight up lied in their faces. I'm sure all they care about at the end of the day is getting the presents, no matter what the name of the giver is on them.

Myself included; I don't remember the moment I figured out he wasn't real, but I do remember that I was ok with it. I was just happy to get the cool presents.

I bhink it's important to distinguish how Santa is treated around the kids, I'm fine with parents doing it to make Christmas more exciting but I totally oppose the idea of "behave or Santa will put coal in your sock" because it's a reward-based morality that you shouldn't teach your kids. I think that can lead into that sort of thinking you see with fundamentalists where they start making up their own definition of being a good person and as long as they adhere to that well then they're totally the good guys.

I figure the best way to handle it would be to subtly encourage them at a certain age to start asking questions about it and slowly peel away at it for the truth, I think most people would argue it's a good lesson about lying and I agree but it's even more effective if they realise the lie themselves. For them to make that conclusion of like well, I trust my parents but I think they're bullshitting me is a much more accurate example than playing the trusted liar and then exposing yourself.
Burgers float into my room...

I totally oppose the idea of "behave or Santa will put coal in your sock" because it's a reward-based morality that you shouldn't teach your kids.

I completely agree with what you're saying here. As a kid, I thought Santa could read your mind or something, so I tried to force myself into not thinking of anything bad when Christmas came around and it stressed me quite a bit...

Also, on the other hand; I DO think it's a good idea to let kids figure the truth out for themselves. I specifically remember debunking the whole Santa thing when I was a little kid. I was in the kitchen with my mom asking her if Santa could get me "insert expensive product here" ( I honestly don't remember what it was ). She told me it was too expensive, even for him. I asked her: "But Santa is magical, couldn't he create it outta nowhere?". My mom laughed for a bit after hearing that, which eventually led me to the conclusion that he was indeed fake.

What I don't agree on however, is having so many fake magical entities (tooth fairy, three kings, Santa, etc.), since I think that makes it even worse when you discover the truth.

Well, Catalonia just declared independence from Spain, so let's have a poll about that. Hopefully one in which nobody will be beaten up for participating.

If their referendum shows that the people want independence, then I say let it be. After what the Spanish government did, they probably want it more than ever now.

Seriously, what message was the government trying to send by throwing an army into a gymnasium with nothing in it but a couple people and a folding table and beating everyone up? That they have the absolute worst resource management and are mentally retarded?
Top

Yeah, I'm not super up-to-date with Spain's politics but I'm inclined to support their independence when their current government acts outright authoritatively towards citizens exercising a basic right. How the feck did they not think that would backfire?

The only real drawback I see is that Catalonia could be struck by some economic downfall as a result but I always find that kind of a shortsighted argument against major political changes. It reminds me of when people argue against taxing the wealthy over here in Burgerland because "the rich might pull out!" - yahe, and them outsourcing jobs, monopolising markets and price gouging the shit out of consumers is the better alternative

I just want to say that the decision over Catalonia's future direction is a matter for the people who live there, and the Catalan and Spanish Governments are perfectly entitled to take positions for and against independence.

However, I believe that it is right for all people have the right to self-determination and to choose the form of government best suited to their needs.
Their right to determine their future should be respected.

I vote for the support in Independence.

Wow, someone picked the booby option. On that cheerful note, are there any new suggestions?

[color=#FF8000]PluMGMK[/color] wrote:On that cheerful note, are there any new suggestions?

Is it better to date someone attractive and popular or intelligent and smart?


no! of course not! i am an introvert and i remember school: popular kids at the popular table acting like we other kids just nerd trash! meanwhile i was there with friends playing pokemon and though maybe we not have the hippest style or bestest shoes what really matters in the end? my pokemon memories shaped me and they were just glammer and no talk. so no, i want a lover who is smart/intelligent/high and will play crash bandicoot with me and read book in silence and not go to parties and have 500 facebook """friends!"""". really, 500 friend? those are not all friends. i have only 1 but i value like a brother. i want a woman who is not very loud and is smart and kind i value that over blonde hair and a big tit! [french only] and also big pride in homeland otrewise i fuckin burst! you hate the land who give you life? get the fuck out!

Do you believe in life after death?

more polls more often please i like answering the questions and i dislike hangman and the limb character with no new games so for that reason im saying i would like more polls, please do one now 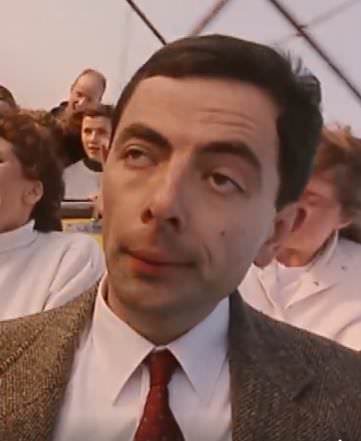 I've put up a temporary poll for now, and I've gone and poked Plum. Hopefully when he's available, he'll be able to put up a proper new poll.