Hello everyone! It's been a while, but I just wanted to pop in and show you my latest project: Rayman Redemption.

This game will be a reimagination/remake of Rayman 1, including a lot of new content.
Here's the first video to give you a little taste:

And here's the Gamejolt page, which I'll be using for updates and such, but I'll also occasionally post here.
https://gamejolt.com/games/raymanredemption/340532

I hope you like what you're seeing so far. More interesting stuff is on the way.


Here's the boxart for the game: Rayman Redemption can now be downloaded from the Gamejolt page.

Version 1.0.4+ has an optional patch (smaller download) which can just be applied to an older revision of the game instead. Note: Save files work between updates.

How to use: Place the RaYCiSS.exe file in the same directory as Rayman Redemption, then drag data.win onto it.

Note: If using Linux, run "wine cmd" from a terminal, cd to the Rayman Redemption directory, then run "RaYCiSS.exe data.win".

How to use: Optionally backup your audiogroup1.dat beforehand, then simply just replace it with this one.

-4:3 screen would be cut off from the bottom

-Some controls not saving correctly

-Fullscreen not saving correctly with alt+enter

-Chase bosses caused Rayman to start floating in the air

-Collisions in some maps

-Shop consumables not activating in a certain level

-Can't jump when landing in a pan while helicoptering[/code]

-Collision fixes in some maps

-Dark Rayman would track you even when frozen during dialogue[/code]

-Edge animation appearing in some slopes

-Boss rush powerups being too low

-Changes to some codes

[code]New:
-New difficulty mode called 'Demise'
-Added an option to turn off the skid sound effect
-Bzzit medallions will also turn golden when all collectibles have been found
-Level best time is now saved and displayed on the map

[code]-Fixed two sfx which were too high pitched
-Fixed the tight gap added in 1.1.1
-Fixed Mr Dark fight's ball phase to sometimes not rebound correctly
-Fixed the breakable boulders to have 4 hp instead of 5
-Changed the Dark Chimera glass paintings to have different colours in True Boss Rush
-Removed Globox
[/code]

This look great and more open than the original ! Good luck on your remake !

The Jonster wrote:Alright I have this one then which still amuses me a little since it brought up waifus.

It’s not awesome, it’s a fact.

I especially like how the O in the word "redemption" is replaced with Rayman's purple hoodie.

Wow this is awesome! I look forward to seeing more of what you put out

Always be true to yourself.

Sigs by Steo and R4Y_ANC3L
Top

Great work as always Raymanni! Can't wait to see progress on this new project of yours.

One thing to perhaps keep in mind: someone in the comments section on YouTube noted the quickness of the camera movement when Rayman is turning around. You might wanna slow down the speed of the camera moving a bit.

Wow, interesting! Stuff's even more deviously hidden than the original! It's kind of weird to have Betilla and a mini-boss together, though I guess there's nothing really wrong with it. Keep it up!

Thanks all! I'm glad you like it so far.

Don't worry, that will be an option so people can change it themselves.
Top

This is pretty rad! I like how you've twisted the Betilla encounters since Rayman will already start with all of his abilities, the sprite quality is also pretty great and fitting to the style of the original game, so kudos on that!

The only thing I would maybe suggest is maybe using sprites from the 2d prototype of Rayman 2, since animations there seem to have some improvements in comparison to the original, however it's understandable if you'd prefer to keep how it is currently.

Also, you'd probably want to slow down the flower at 2:52.

The only thing I would maybe suggest is maybe using sprites from the 2d prototype of Rayman 2, since animations there seem to have some improvements

I will stick to the original sprites and animations, but thanks for the suggestion.

Also, you'd probably want to slow down the flower at 2:52.

Hah, yeah. It's going way too fast compared to the original. I'll fix that right away.
Top

saw the video pop up like a week ago but for some reason it did not registered in my brain that it was you who made it. Only today, when I actually checked who made the gamejolt page I realized that it was you. Personally not too much fan of the smooth camera movement that the atari version had but that's a pretty minor thing. It looks great. Good luck on the project.
Mind if I ask a question or two? like if you are using an engine or home built from OpenGL or DirectX if yes what language?
And how are the animation built up, like a frame made out of pieces or all of them are pre-made?
Top

Thanks Multimagyar.
The game is made with Game Maker Studio 2 from the ground up. All animations are pre-made, which makes some pretty hefty animation strips. This might cause some issues in the long run, but I'll see how it goes. Luckily all graphics are not loaded into the memory at the same time.
Top

it will mostly cause issues when you need larger texture pages to handle. Something like Mr stone, Mr skops and such could cause issues.
I'm glad to hear you're using external files with Game maker, not a common behaviour really besides some potential 3dish games using models with the engine. Hardly found any level file formats to dig into lately.
Top

Will levels from Mr Dark's Dare from the Atari Jaguar version be recreated?
Will some of the objects and textures be added from Rayman Junior and Rayman Designer eg, Swiss knives, forks, bouncing jello etc.?
Will there also be some backgrounds used from the Saturn version and Rayman Designer? They are slightly different. Might add variety.

Will levels from Mr Dark's Dare from the Atari Jaguar version be recreated?

I always found the atari jaguar version of candy château a bit dull, so I'm not sure if I'll add it's levels yet. What I can say is that candy château will feature more levels overall and not just Mr Dark's Dare. Candy château will also include cages like every other world.


Will some of the objects and textures be added from Rayman Junior and Rayman Designer eg, Swiss knives, forks, bouncing jello etc.?


Will there also be some backgrounds used from the Saturn version and Rayman Designer? They are slightly different. Might add variety.

Depends on the situation, but yes.
Top 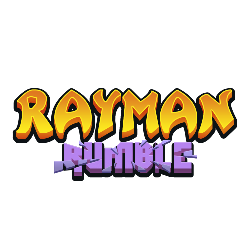 That is indeed really nice! The additions are great, and the stuff from the original looks like it's functioning exactly as it should, but more smoothly!

Brilliance! Can't wait to see what else you show!
Always be true to yourself.