Thank you for doing the dirty work, I'm all about creating the end-user experience.

Now that could eventually lead us to an open sourced version of Rayman...
Top

Here's a super early release of R3MAP for those who want to try it out: https://mega.nz/#!wWgDQL7I!NzbGsnB7vcQr ... Vi7tXDjnMU
edit -> Please don't download this version as as of June, this is super old and I will be sharing a much more up to date version soon.

It works with both Rayman 3 and Rayman Arena, both for PC and Gamecube.

Includes the source and a build for those who don't want to install Unity (though all you can do with it is view the maps, not the object names and such which are visible from within the Unity editor). Read the readme for controls and command line arguments. Example command line usage:

The source code is a bit messy, but I'll clean it up for the next version a bit most likely.
if you want to use it, you'll need to have the full GAMEDATAbin from the PC/GC version extracted somewhere and point the *.exe file to it (read the readme to see how). For Arena you need to point the exe to any of the FISHbin/MENUbin/TRIBebin subdirectories.

There's still a lot of stuff that doesn't work yet: Stuff that has been fixed and will be in the next version: Anyway, have fun! Time to take a little break... 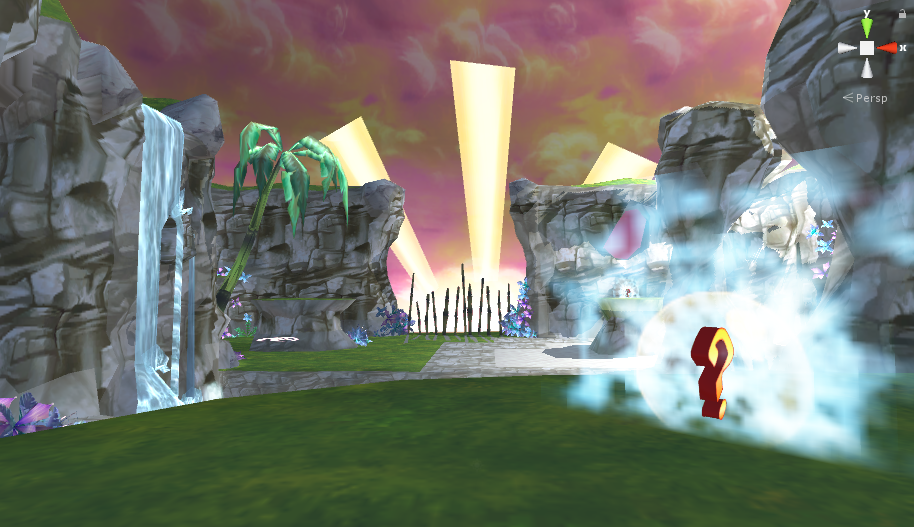 EDIT -> New version is up! This one supports the PC version of both Rayman 3 and Arena as well as the gamecube versions. It also fixes a lot of bugs that were present in the previous version. Have fun!

EDIT 2 -> The lighting is next, and boy does it look pretty! Even though the light ranges and intensities are completely wrong. 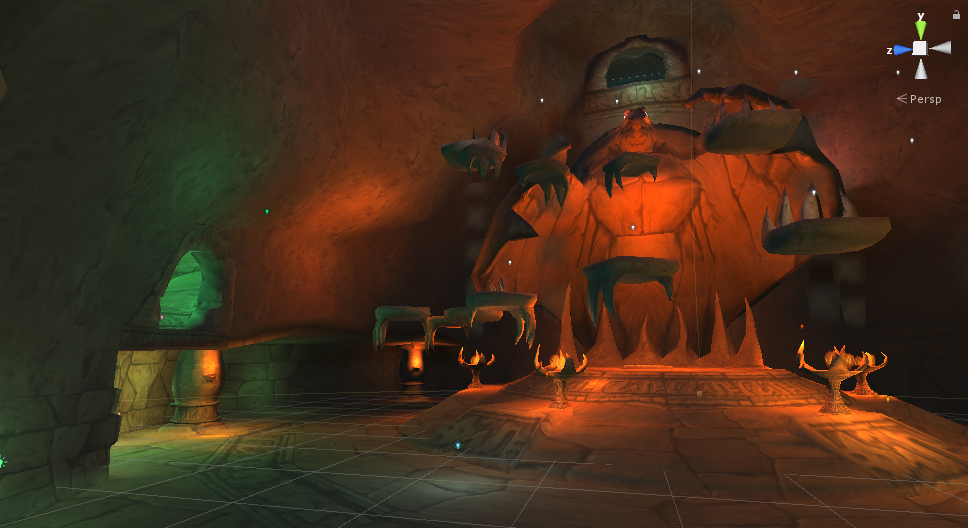 Rayman 3: Revenge of the Matuvus 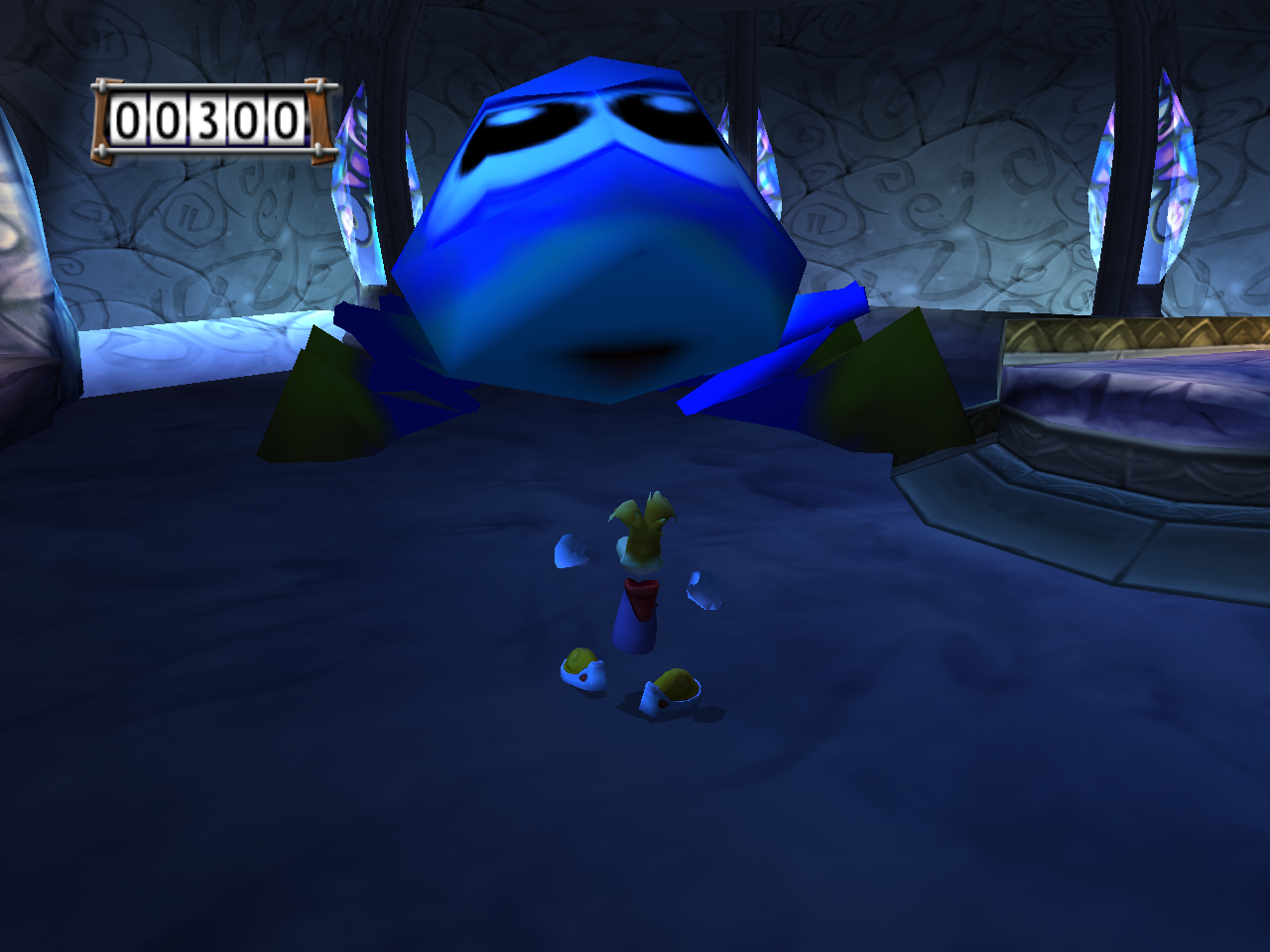 This change was done purely within the development version of my level viewer (i.e. not the version linked above) which now has a save button that saves all of the changes made to object positions, rotations and scale. As mentioned in the last edit of my previous post, it can also display lights, though they don't show perfectly because Unity light parameters are extremely limited for some reason. To simulate the game's lighting better I also implemented sector loading and unloading (which you can turn off if you want to view multiple level sectors/the whole level at the same time), which I think is pretty neat.

I knew it! Can you still score points from them though?

I look forward to seeing what else you come up with!

Omg, I feel like Plum now, I completely forgot to check this thread!

Seriously, though, that level editor looks amazing! I'll need to check it out myself sometime.

Damn... This is exactly what i searched for! Good job Droolie!

Have you already added a way to save the generated Meshes as prefabs or OBJ files in Unity?
Because i am currently modifying your code to do so.

Droolie wrote: ↑Sat Apr 21, 2018 3:11 am Anyway, when it's finished this'll probably already be useful for Raywiki for maps and stuff (like for the two 2D minigames), or for beautiful third-person vistas from the normally top-down commando minigame

Well I'm a bit late to the party but I can't wait for RayWiki to be full of awesome images like that.

Roughly speaking (did not check the code yet), it is all based on reading ram while game is running (DirectX data hołd in memory)? Would be great if it was on some public repo to make the possibility to collaborate on it more easily, on forks etc. I am interested in this topic too. Those interested can follow Raymap's progress here. It's already released since a month or two ago and it's very easy to use.
I recommend checking it out, it's the culmination of the UnLockRay project so far and you can discover a lot of new Rayman things in it.

Finally got a chance to take a look now that I'm home and on my desktop and I gotta say I'm mighty impressed! I love that you can go through different objects and their animations (like Ly swimming?? I don't recall her ever swimming in the Walks). It would also be super handy for artists as reference.
giant photobucket picture wuz ere

Finally checked this out, and I noticed something. The mini-Jano in the Sanctuary of Stone and Fire is called "Monstroplante", which is the same name as the first boss of Beyond Good and Evil. Suddenly my "DomZified Plum" theory sounds a lot less far-fetched.

So, after all this years someone managed to get a decompiled version of the rayman 3 exe?
I am dealing with modding the cutscene to adapt in all recent aspect ratios like 16:9 or 16:10 but the game only supports cutscenes till 512x512 resolution; probably the exe file needs some modification.
Also there is an HD version of rayman 3 PC cutscenes in .bik extension?
Top

Videos can be nicely upscaled with filters of Video Enhancer 2, e.g. using PS2 version, where videos are in better quality, but it'll never achieve quality level of native HD video. I tried.
It's still better than nothing.
But I'm curious in what resolution and quality are PS3 and X360 cutscenes.

I think that also bink library is also worth to look into.
If memory serves, Shadorino in Better Rayman topic was dealing with modifying cutscenes in Rayman 3, and he knows on it better.
viewtopic.php?f=89&t=12854&sid=626028b3 ... 9c36f44091
memberlist.php?mode=viewprofile&u=6080
You can PM him. He tried to match video aspect ratios to actual set resolution, but if I'm not wrong, Better Rayman introduced some patch when cutscenes started to be shown in the center of the screen, and smaller.
And yes, I'd gladly see cutscenes in full screen with proper aspect ratio. Maybe not necessarily in HD, since it maybe technicaly difficult, if even not impossible due to engine limitations, which in R2 are also e.g. resolution of textures, (probably in R3 to).
Rayman 2 Soundtrack PSX (HQ CD like - 44kHz FLAC/Mp3) + Revolution - 31 exclusive tracks & others remastered | Rayman 3 HD High Quality Soundtrack (Ubi Remaster) FLAC/ Mp3 | Rayman 2 Graphics mod Reshade | Rayman 2 32 bit color fix | Rayman 3 Reshade | AI uspcaled and remade HD tex mod for PC | for Gamecube | Rayman 2 PC HD Texture Mod AI | Rayman M/Arena AI HD Tex Mod | Rayman 2 Rayman 3 Rayman M Widescreen Patch | Arena Widescreen Patch | Rayman 2 Revolution PCSX2 - get v. 1.4.0 and up for emulation speed up /or this fix | Revolution 60 FPS hack | Tonic Trouble OST 44kHz!
Top

I maybe found something interesting while looking into the Rayman M PS2 demo, which was included in the Official PlayStation 2 Magazine Demo 13!

I was looking into the files and found a dialouge:

No idea if someone already saw that before, but I am trying to find more. At least the dialouge is new for me and I have never heard of that one before.
Top

Not really. It looks like it's just a leftover uncompiled file they forgot to delete from the directory when they sent the demo CD to press. Given that the games used more or less the same engine (OpenSpace) it makes sense that they'd be keeping all the files in one directory (or set of directories).

This is looking really good. If there are any volunteers to take cool third-person pictures of the levels and see if they can be of some use to the wiki, please let me know, I'll be glad to assist!