Speedrunning news, techniques and events: a place for those who live fast, at least when it comes to Rayman games.

This is the main topic to discuss the speedrunning of Rayman 1 and its spin-offs. Share the latest news, runs and techniques here, all while competing with the fastest runners!

Was a very very good early game. Probably the best pace I ever had after mr stone peaks.

I lost quite a bit of time in Mr Sax, Pencil Penthathlon & Crystal Palace.

Well done, Thextera! Only 12 seconds behind our own kronkie10, that's pretty close.

What do we believe the theoretical minimum to be at the moment?
Top

Yeah, a pretty impressive run! As for the theoretical minimum, there's probably not that much to shave off. In addition to the three levels Thex mentioned in the description, I've noted minute mistakes in Anguish Lagoon, Bongo Hills, the Hard Rocks, Gong Heights, Space Mama's Crater, Eat at Joe's and Mr Dark's Dare, but unless he's using some safe strats I'm not aware of, the minimum shouldn't be much less than the sum of his best segments (1:15:58), I think.

You can find some Rayman Designer levels here: https://discord.gg/764bNKpmSQ 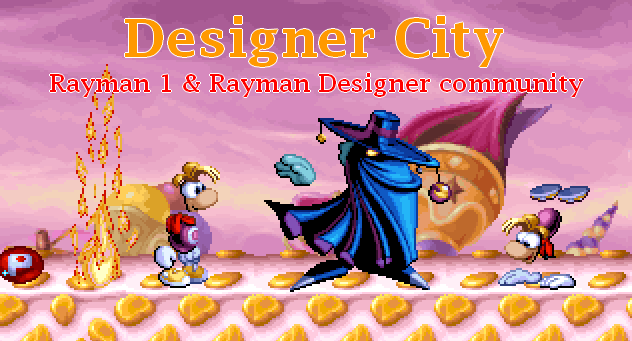 Nice work, cutting 21 seconds off your run is a pretty nice improvement!

Thextera is currently speedrunning some Rayman 1:

Thanks for sharing, it was a pretty good run too! Thex finished at 1:17:57 this time, not as good as the one above, but still pretty impressive (his third best, I believe). We also discussed the PSX TAS, which is an insane 1:03:18.69. I'll probably post about it later, gotta watch it first.

I did watch the TAS, though it's frustrating how impossible for human players some of those moves are...
Top

I still need to find time to watch it but there's too much running going on at the moment.

Speaking of which, kronkie is currently getting a time for our speedrun contest!

Do you mean I have now lost all chances of winning?

Wait, I never had one.
Top

He got a good 1:18:07, not enough to beat Thex's time from earlier today but it definitely feels like the competition's begun.

It's amazing to see these runners manage to get times like this, while it would probably take me hours to complete the game.

Just watched another run of kronkie's where he got... well, erased in the plains, and still managed to get an impressive 1:18:53. It's great to see that the contest is driving so much activity!

Thextera is currently streaming some Rayman 1 (first some training and then a speedrunning attempt):

So the PC version is getting some love too!

Congratulations for a well deserved third place, KOR_131! Incidentally, the record holder for that version is also Korean, but with 1h 19m 52s this time.
Top

Yeah, it's my original version of the game, so it's got a little something special to me.

And it has the best first phase of Bongo Hills, no doubt!

It's interesting to see the impact of the version differences on the run: with the different cage locations, there appears to be more in-level backtracking, which feels a bit more Rayman-ish in my opinion (though it's just an impression and I might be totally wrong here), and there's more backtracking overall, with all forest levels being revisited. Not having to beat Mr Skops because the exit sign at the beginning of the level wasn't removed is quite a notable difference, too.

As for the run itself, while I'm sure it could be improved by not dying twice in the first phase of Mr Dark's Dare (ouch!) and not failing the clown skip so many times in the second phase, and better execution overall, I'm still really curious how KOR_131 is still five minutes behind Mr_R's current world record, so I'll definitely watch that later. But man, getting five hits in a row on the last transformation of Mr Dark was quite something. What are the odds, really?

I also wonder how the PC version compares to its PlayStation counterpart in terms of theoretical, humanly attainable best time. I mean, currently the record for the latter is almost three minutes less, but kronkie and Thex are not running the PC version anymore (or at all), so it's probably seen a lot less progress in the last few years. I understand that they don't want to switch every now and then though: the games are so similar, yet so different with the cage placements, and so much boils down to building the right automatisms in speedrunning that it would be extremely confusing to run both.

There's a new strat to break the cage while remaining on the flying saucer in Eat at Joe's: