Aeropolis is the city in which Rayman: The Animated Series is set. Situated in a vast forest, its population consists almost entirely of Inspector Grub's species.

Aeropolis first becomes involves in the Rayman story when Rigatoni sets his circus down nearby in the first episode of the series, and becomes a refuge to Rayman's gang after they escape from the circus. The first inhabitants the group encounter is a man working on his car, which Cookie fixes and is allowed to keep. After the car is towed away with Flips inside, the group follow it to the scrap yard and save Flips from being crushed along with the car. Soon after, they set up residence in a flat above the home of Inspector Grub, who has been hired to capture them by Rigatoni.

Sometime later, Cookie is admitted to Aeropolis' mental institution, but is busted out by Rayman and the team due to the incompetance of the staff.

The fifth episode, that was never produced, is rumoured to feature a cinema.

The Park - seen in No Parking 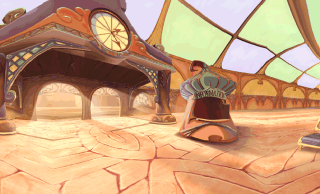 Aeropolis' train station, as seen in Rayman: The Animated Series and in the Rayman CP

The scrap yard - seen in No Parking 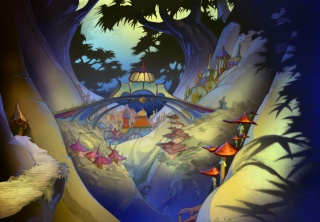 Official artwork depicting a bridge in Aeropolis in sun rising 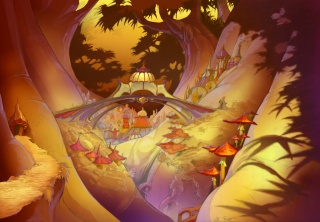 Official artwork depicting a bridge in Aeropolis in daylight 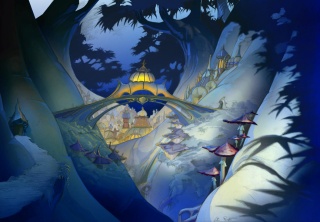 Official artwork depicting a bridge in Aeropolis in nighttime

Gallery of scrapped backgrounds in Rayman: The Animated Series