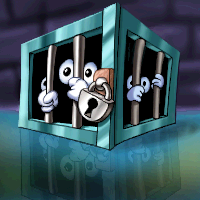 A cage is a small breakable prison that contains innocent creatures who have been captured by hostile characters, such as Robo-Pirates or Hoodlums. It is Rayman's objective in all four major games, as well as some spin-offs such as Rayman 3 for the Game Boy Advance and Rayman: Hoodlums' Revenge, to destroy every single cage there is and release the prisoners inside them. Cages are possibly the most commonly recurring objects in the Rayman series. They are present in Rayman Origins, containing Electoons like in the original Rayman. However, it is only possible to break them open once every enemy in the area has been defeated. 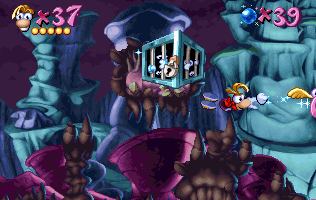 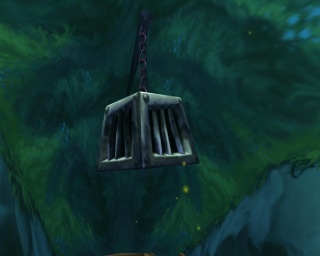 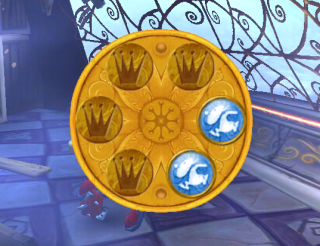 This time, the only creatures that are trapped inside cages are Teensies that have been captured by the Hoodlums, and there are 60 cages in total. Again, not all of them have to be destroyed in order to advance to the final boss level. Reminiscing the original Rayman, each cage that is destroyed fills up a medallion, though this time when each medallion is filled with 6 cages, Rayman's life bar increases. The cages in this game look different to the other games, as they are wooden in the structure of a bird-cage, tied to a balloon that suspends it into the air.

Cages are also found in all Rayman games on the Game Boy Color and Game Boy Advance.

A cage in the GameBoy Advance version of Rayman 3