This true hero helped creating this game! Now it's time for him to play it and have fun!
—In-game description, Rayman Legends on PC, Wii U, Xbox 360 and PlayStation 3

Originally he was named Ray Dev team and only available to the developers of the game. He could be spotted on the online leaderboards when the developers played the challenges. Normal players have since found ways to access him by hacking the game. 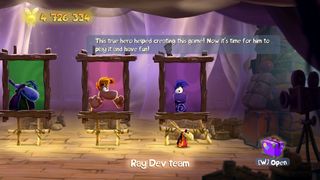 Ray Dev team as he would appear in the Heroes Gallery.

Clearly one of the most amazing champions in the Glade of Dreams, this fierce competitor is always ready for a new challenge! Watch out, he can't stand loosing!
—In-game description, Rayman Legends on PlayStation 4, Xbox One and Nintendo Switch 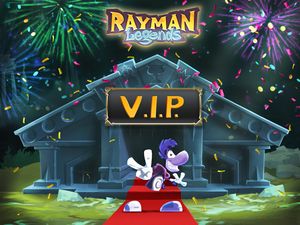 VIP players on the Xbox One and PlayStation 4 versions gets the Champion Ray costume as a reward.