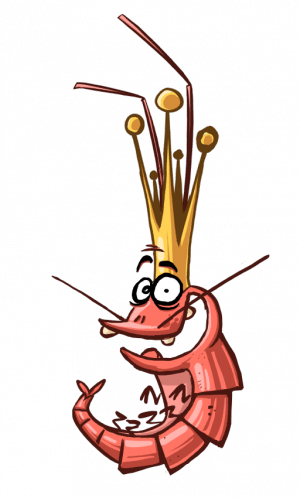 The Shrimp king is a boss in Rayman Origins, and one of the four Kings that the heroes must defeat. Like the other Kings, he has been warped into a powerful monster by the nightmares of the Bubble Dreamer. A gigantic leviathan-like creature, he is encountered in Murray of the Deep, the final level of Angsty Abyss. Once defeated, it reverts to his original form: a benevolent shrimp.

In Rayman Legends, a sea monster summoned by the Magician to attack Rayman and his friends ressembles the Shrimp king's mutated form.