Difference between revisions of "Pix'n Love" 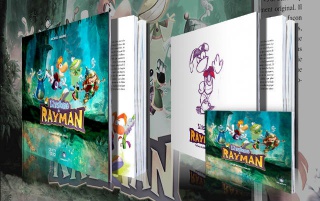 From left to right, the covers of the normal and collector editions of L'Histoire de Rayman respectively

Pix’n Love is a French video games magazine with a focus on older games. The publication is notable for printing two significant articles pertaining to the Rayman series. The July 2010 issue of Pix’n Love featured a ten-page article on the history of the Rayman series, and revealed that the first game had originally been developed for the Super Nintendo console. This article revealed new information regarding the game's development process and the tools used in its creation. This issue featured three different covers, one of which was a detailed piece of 3D artwork depicting a scene from the original game. The October 2010 issue of the magazine included an eighteen-page article covering the life of Rayman creator Michel Ancel, revealing more information about each of his games. More recently, L'Histoire de Rayman was released in October of 2014, a 200-pages book entirely focused in the Rayman franchise.