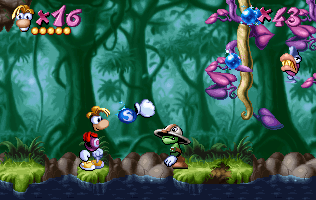 They increase the speed of the punching fist. There are 3 different speeds available.
—Manual, Rayman 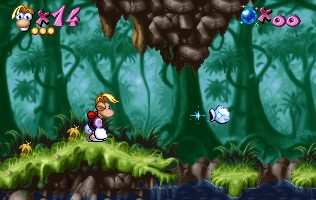 Speed Fists, also known as Speed-ups and Fast Punch, are power-ups found in the original Rayman game, Rayman Junior and Rayman Designer. They look like sparkling fists, and flash between a golden and white colour. They are orbited by blue spheres with white ‘S’s on them. They increase the speed of Rayman's telescopic fist and allow it to go further. There are four different speeds: the regular one, the one with one Speed Fist, the one with two Speed Fists and the one with three Speed Fists. If Rayman loses a life, the speed of his telescopic fist will drop by two levels.