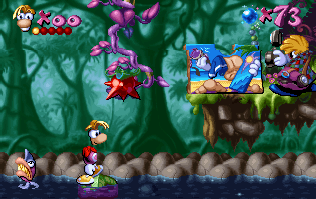 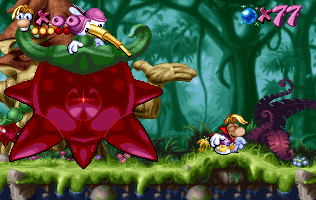 Moskito is pursuing Rayman with a huge spiky fruit

Spiky fruits are dangerous items found in the Dream Forest. They exist in various sizes and are red in colour (except for the PlayStation & Jaguar versions where they feature other colours).

The most common type is a small, red fruit that falls when Rayman passes under it and hurts him if not dodged. They freely grow in the forest and can be found on rockers, but are also used by Moskito to attack Rayman. In the PlayStation & Jaguar versions, they are yellow, except for those on rockers which are red too.

A bigger type, about as large as Rayman, is thrown at him by Moskito. They are red in all versions, including PlayStation & Jaguar.

The last type is almost of the size of the whole screen, and is used by Moskito to attack Rayman too. However, he never throws them, but only carries them with difficulty to hurt him with them. Before the battle, Rayman is pursued by Moskito carrying one of those fruits, and must rush to the end sign. During the boss battle, Rayman only needs to duck to avoid them. In the PlayStation & Jaguar versions, they are purple, just like plums.

Spiky fruit's were originally going to appear in Rayman Origins, but were scrapped for unknown reasons. Rayman can be seen dodging them in an early E3 trailer. 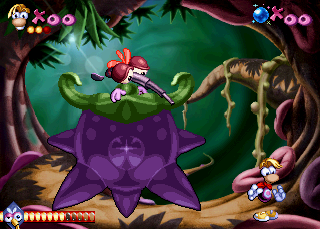 A huge spiky fruit in the PlayStation version 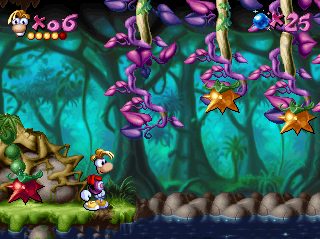 In the PlayStation version, only the small spiky fruits on rockers are red 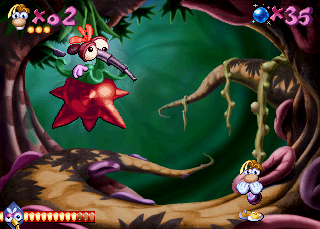