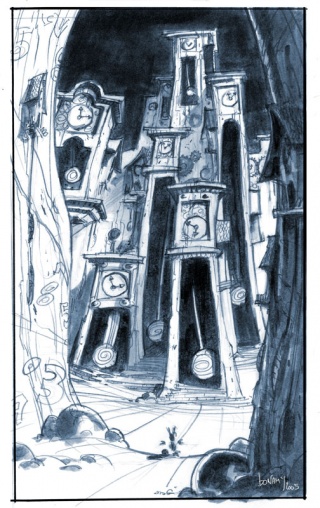 The exterior of the Temporal Palace 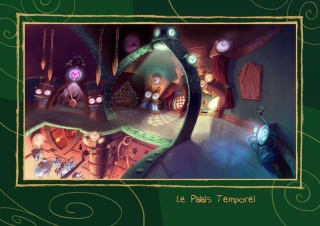 The interior of the Temporal Palace

The Temporal Palace was an environment initially planned for inclusion in Rayman 4, but was ultimately scrapped along with the rest of the game. Several Rayman 4 levels (including Picture City, the Organic Caves and the World of Toys) were recycled for the Game Boy Advance adaptation of Rayman Raving Rabbids; however, Band Land and the Temporal Palace were not.

The Temporal Palace seems to have been a level themed around the concept of time, in much the same way that Band Land, Picture City, Candy Château, the World of Toys and the Organic Caves are themed around music, artwork, sweets, toys and organic materials respectively. A piece of artwork depicts Rayman standing before a labyrinth of colossal grandfather clocks, while cogs and cuckoo clocks adorn the cavernous walls, and smoky streams of numbers waft upwards out of the ground in a manner evocative of the ghostly trails found in the Cave of Bad Dreams and the Tomb of the Ancients. Another one shows the richly decorated machinery of the place, notably featuring a sundial.