Difference between revisions of "Ursula"

Ursula is a playable character from Rayman Legends and Rayman Adventures. She is the princess of 20,000 Lums Under the Sea and is the seventh of ten princesses that Rayman and his friends must rescue. 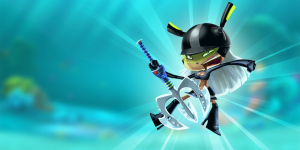