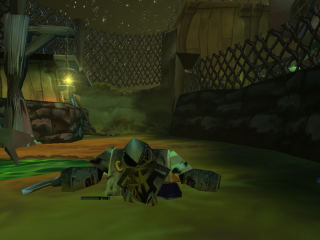 Zombie Henchmen have a faded, torn yellow vest and a rusted hook that has almost fallen off and hangs limply from the pirate's arm. Their eyes are both black and lifeless, and one of their feet are missing, causing them to walk with a limp. Their guns no longer work, so they instead attack Rayman by exhaling clouds of toxic gas. If Rayman stays too close to it, the Zombie Henchman will attack Rayman by swinging its right arm. When first encounters them they appear to be useless pile of wreckage. However, if Rayman shoots them or gets too close, the zombie will rise and begin attacking. After taking enough damage they will return to their crumpled state, but will inevitably rise again unless struck by a fully charged energy sphere. 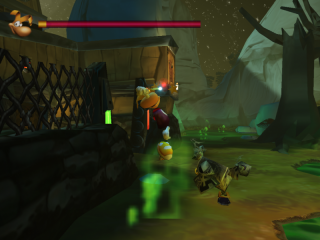 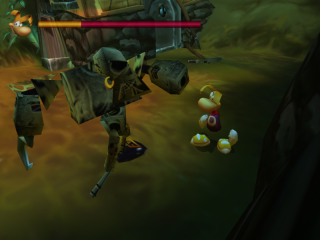 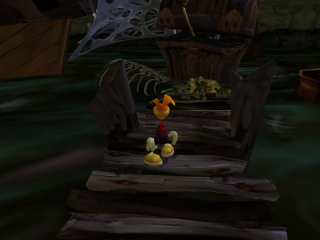 Zombie Henchmen can be seen in some places in the Tomb of the Ancients after revisiting it
Retrieved from "https://raymanpc.com/wiki/script-en/index.php?title=Zombie_Henchman_800&oldid=17541"
Categories: