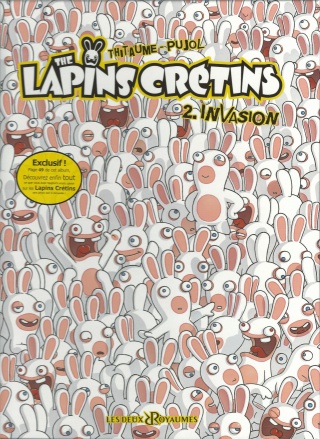 Invasion is the second Rabbids comic book, written by Thitaume and drawn by Romain Pujol.

It was released in France the 15th November of 2012 by Les Deux Royaumes book editor. An English version also exists. It features 56 pages.

Rayman appears on a poster at page 48. He has a close Rayman 2 style.