Phoenix Studio (also called Phoenix Interactive) was a France video game developer based in Lyon, producer of the cancelled Rayman 4. The company was cooperating with Ubisoft. The studio was closed in November 2009 due to financial problems.[1]

C.E.O of the studio was Pierre Arnaud Mousson, studio director was Pascall Stradella.

Games developed and co-developed by Phoenix

Issues with the company name

Numerous sources connect Phoenix Studio with different Phoenix Interactive Entertainment which causes the problem of distinguishing these two. The second team was a British video games developer which produced two titles in years 1995-1997. Over time many companies with similar names have been created. LinkedIn falsely connects some former employees of the studio as old workers in the Phoenix Interactive Design, a Canadian ATM software company. 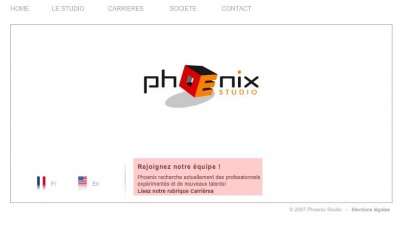