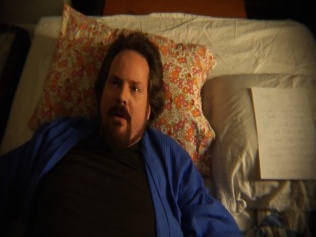 David Gasman, as seen in the 2008 film, Showdown of the Godz.

David Gasman is a well-known American voice actor. He voices Rayman in Rayman 2, Rayman Revolution, Rayman M and Rayman 3. He also voices Ed in Tonic Trouble, a Ubisoft game with numerous connections to the Rayman series.

David Gasman is an actor, director and translator who lives in Paris, France. He has been voicing and directing characters in video games, cartoons, commercials and documentaries since 1992. He has acted in over 2000 cartoon episodes and directed hundreds. He recently voiced a role in the English version of Persepolis with Sean Penn, and did voices in Ratatouille and Igor's ADR dub, the former of which he did with a small number of his fellow Code Lyoko voice artists. Gasman has acted in small roles in several films, including Largo Winch and From Paris With Love, with John Travolta. He also appears briefly in Babylon A.D., and has a small role in the live-action portion of Arthur and the Invisibles 2 & 3.