Couldn't the picture be better?

I kinda don't like the white spaces and the cropped pictures not putted together in a harmonious way. --

It's a hideous picture, but it's also highly informative. I don't see how we can replace it; should we take a screenshot of each and every skin as it appears in the menu and then fill the article with them? We don't have a lot of options. —Spiraldoor

What about putting all together in order to make a shape of a square or a rectangle? --

I strongly disapprove of any aggregation of several pictures into one, which is why we should definitely upload every image separately, preferably uncropped screenshots of the character selection menu depicting the different skins. —

I believe that would be forty-one screenshots in total (the forty images in the current conglomeration plus one of Globette). Do you propose that we arrange these images in an extremely large gallery, like the one that was on the old version of the Hall of Doors article? I don't have any better ideas. —Spiraldoor

How about arranging them in smaller galleries (or gallery-like structures) in each character's section? —

I agree with Haruka. --iHeckler9

So, the plan is for separate images per character, right? Did this plan ever see execution? And if not, should we try to find someone capable of retrieving individual screenshots?--Master (talk) 19:07, 1 March 2014 (CET)

Thanks to Haruka, this was taken care of! —

While I was reading this, I seemed to remember that Rayman Origins features skins as well. I think we should discuss the skins in each character level 2 headline with a level 3 headline with each certain game. --Rayboxsiebid 21:18, 16 December 2011 (UTC)

While reading a review for the PS Vita version of Rayman Origins, I saw this screenshot that features this skin of Rayman that I'm sure isn't on the console version's. 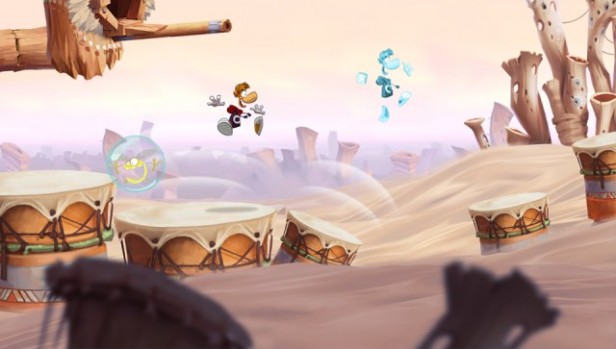 Cairnie is right, that's the ghost mode. Not a skin. --

I think that a picture organization like I did for Rayman M/Arena could also be applied for the characters of RO/RL. I just have got one question though: what's the prefered picture resolution for those games? I still own a 5:4 display so I can't really take a Full HD screenshot. --

Ideally, full HD screenshots, though to illustrate skins, we shouldn't use in-game screenshots but the artwork from the game files instead. —

I see. Who was doing the montages before? --

I'm not sure but I believe we already have a lot of them on RayWiki. Maybe we can list the missing ones and ask members to help out with those on the forum? —