Latest posts
Re: Rayman Raving Rabbids
You're assuming that the person who wrote all that text was a man?

Re: Pluses (+) and minuses (−) of this day
- Feel better soon!
- In a doctor’s office right now going to have a checkup soon. I’m nervous now.

Re: Who is your favourite Rayman character?
I have a habit of using Globox in the UbiArt games too. I mainly just use Rayman or Globox.

Re: Pluses (+) and minuses (−) of this day
- Couldn't sleep for ages last night because it was too warm, I kept waking up.
- My stomach isn't well lately, I've had cramps the past few days. Feeling a bit sick.
+ I'm still in one piece.

I'll just play some games in a while and try take my mind off feeling sick.

Re: Rayman merchandise
Hi everyone, I've recently added a Rayman coin pocket to my collection but the seller doesn't have information about it. There is no label on it, so I think it's a kind of goodies given for a contest or something like that.

And also I'm not sure if it's for Rayman 1 or 2, because the typos looking like Rayman 1 but the style of Rayman look a bit like Rayman 2.
If you have any information please tell me

+ Most likely going on a ski trip tomorrow. 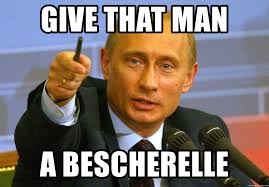 Re: Rayman Raving Rabbids
Awesome, thanks! Considering there are three objectives I'd assume they were to defeat those 3 guardians. There are a lot of clear Rayman 2 references here such as 4 times you need Lums to progress, 3 guardians, The Road of Doors as the hub etc. Funny enough the text in the files has a bunch of leftovers from the N64 version of Rayman 2 (which were probably from Rayman DS which this game is based off of).

Re: Hangman
B as in begin?

Discuss Rayman Legends on the official topic at the Pirate-Community forums, the largest Rayman boards.

Check out the Rayman Legends soundtrack on RayTunes, the one and only resource for Rayman music.

Come and participate in the Annual Favourite Rayman Games Survey!

Come and participate in the 95th round of Rayman Manipulate the Image, with Rayman 1!


It seems that Rayman will be with us in "spirit" in Super Smash Bros. Ultimate.

According to a recent data leak, he could be one of 1,297 spirits which will be included in the game. While this has yet to be confirmed by an official source, you can find more info including a screenshot of the spirit here.
by Steo
Fri Sep 21, 2018 11:12 pm:

Tonight we've successfully upgraded all of the software used by the forum and wiki as well as moved to a brand new server, with a much more recent configuration! This took a bit of time and lot of work but it seems to have gone smoothly.

While the new version of the forum was well tested and should work just fine, we're pretty much discovering the new version of the wiki at the same time as you and we're well aware of the few cosmetic issues that have appeared following the update. They shouldn't prevent its use and we'll be sure to fix them in the next few days!

Please note that from now on, there will be no need to log in to the forum and wiki separately, as our new single sign-on system will automatically log you in to the wiki if you're authenticated on the forum. We've also extended SSL usage to all of our subdomains, and that's probably about it for noticeable feature changes! While there are major differences under the hood between this version and the previous one, the goal is that it shouldn't be too different from the one you're used to.

Of course, if you notice anything strange please let me know and I'll get to it ASAP.


Today is the fifteenth birthday of Pirate-Community. For over a decade and a half now, we have strived to make this place the best we can for Rayman fans, and while there's always room for improvement, we have a lot to be proud of!

While the past year may have been the emptiest so far in terms of Rayman news, there's still a lot to say about the old games in the series, and in fact the forum saw a significant increase in activity at the beginning of this year. Over the last twelve months, 66,538 messages were posted, leading us to a grand total of 1,280,374. That's 7,834 more than the previous year, and while it's still less than we did eleven years ago in 2006/2007, this was without a record day (taking place this Saturday) and with a relatively recent activity bump, so we have many reasons to be optimistic about next year.

RayWiki, indisputably the number one source of Rayman knowledge, now features 5,166 articles in seven languages, an increase of 382 since last year. That's more than one content article a day, and I'd like to thank our contributors for this amazing work.

RayTunes is still the music behemoth we all love, with over 20 GB of high-quality music that our members now enjoy listening to directly on the forum.

And while no major features have been released lately, we're still working hard on software updates and upcoming improvements.

Fourteen years ago, Pirate-Community was created with the goal of bettering and consolidating a Rayman community in very bad shape. It goes without saying that no one expected such a success, let alone the community to still be around after all this time.