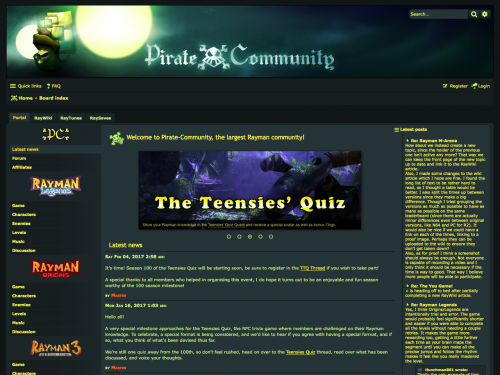 The Rayman Pirate-Community, commonly abbreviated to Pirate-Community or PC, has been the largest Rayman community since the first deletion of the RaymanZone forums on December 20, 2004. It was founded on August 8th 2003 by Hunchman801, an ex-moderator of the French and English sections of RaymanZone, shortly after he was unfairly banned. Pirate-Community can currently be found at raymanpc.com.

The community has also seen partnerships and affiliation with Rayman Fanpage, another unofficial Rayman fansite.