Hello! I'm RayCarrot, also known as Carrot-Master. You can also find me on YouTube and Twitter. I'm a huge Rayman fan with the majority of the released games in my collection. I started contributing to the wiki in 2015, becoming more active late 2016. As of 2017 I'm an administrator on the English wiki. If you've got any questions, feel free to ask them on my talk page!

Below is a complete list of all the Rayman and Rabbids games I own. 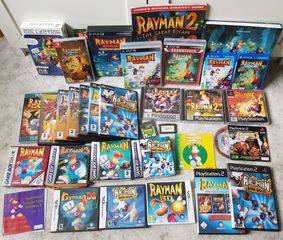 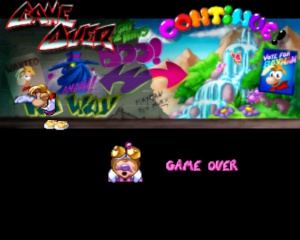 I used to think Rayman 1 was too hard

It all started when I was young and me and my friend used to play on his original Playstation. We played game like Crash Bandicoot, Spyro and of course Rayman. We both thought the game was extremely difficult back then and had to use 99 life cheat to even pass The Blue Mountains. We however stopped once we completed all of the main levels, with Mr Dark's Dare being the only one we never got to and thus we actually never finished the game.

It wasn't until 2011 I would get into Rayman again, when I bought the PC version of Rayman Origins. I actually had pretty low expectations for the game, but I was proven wrong. I sadly enough didn't have any PC controllers back then so I never got to enjoy the co-op experience.

At that time I decided to go back and replay the original Rayman game, so I bought it on my Playstation 3. I however never finished it then either and it wasn't until I bought the Rayman trilogy on GOG that I finished it for the first time. This was also my first real experience with Rayman 2 and Rayman 3 (outside of demos etc.) and I didn't know what to expect. I was for some reason convince that Rayman just couldn't work in 3D as the only Rayman games I'd played were the 2D ones. I was however quite surprised at how well the conversion had gone. I didn't like Rayman 2 that much to begin with and thought that Rayman 3 was the better game out of the two. Though after having replayed both games several times after that I've come to appreciate Rayman 2 more and now think of it as the best game in the series.