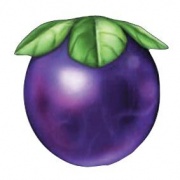 In the original Rayman game, plums are found in the Dream Forest and used primarily to float through water. They can also be made to drop onto the heads of Livingstones, making them less dangerous: it then becomes possible to jump onto their plum-encased heads and use them as walking platforms, but directly touching the Livingstones will still cause damage. When the plum is on the ground (where it keeps bouncing), Rayman must hit it with his fist to move it, whether he is in front of it or on it (in this case, he will have to shoot and then duck to ensure that his fist hits the plum when returning to him). Once in water, it floats in whichever direction Rayman is looking in, allowing him to control it with ease.

Plums can also be seen attached to vines; these plums will swing in a parabolic shape when punched, and can be used to convey Rayman forward in levels, provided he times his jumps right in order to land on the plum, and depart from it.

In the Atari Jaguar, PC and mobile-exclusive Breakout minigame, Rayman must use a ball to make a cluster of floating plums of various colours vanish. Some of these plums have special properties, such as being very bouncy. Some cause the entire plum cluster to move when they are struck. Occasionally, plums in this minigame begin to flash with multiple colours; hitting a flashing plum will cause it to vanish and also release a collectible item such as a Ting (or others, depending on the version). 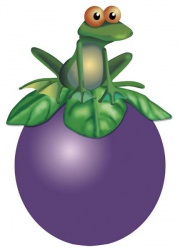 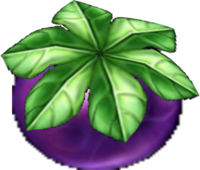 These huge plums fall to the ground from their trees, or can be unhooked by shooting. They have multiple uses: as a weapon, by throwing them on the head of enemies, or as a conveyance. In the latter case, once a plum is on the ground, climb on it, and to steer, shoot in the opposite direction to that which you wish to take. Note that the plum has resisted even lava.
—Official description, Rayman 2: The Great Escape : Le Guide Officiel

In Rayman 2, plums are used to travel over rivers of water and lava. They can also be thrown at Gorilla Pirates, who will be rendered harmless and can be used as makeshift platforms due to the plum being stuck on their head. Rayman can move plums by shooting at them if they are in front of him, or by shooting anywhere if he is on it, which will move it in the opposite direction. Plums bounce endlessly, even on lava, however they can be destroyed if they fall into pits of hotter, yellow lava. It is also possible to carry them and throw them onto posts, permanently or temporarily (in this case, the goal is to take the plum to a precise place), allowing Rayman to reach places he otherwise could not. Oddly enough only plums from specific plum trees will stay on the posts. For the posts where the plum will fall off after a few seconds, it is not actually the post itself which is unstable, but rather that specific type of plum.[1][2]

Plums also make an appearance in the Game Boy Advance version of Rayman 3. They are found only in one level, River of Fire, where their sole purpose is for Rayman to jump on them and sail them across the lava to progress through the level. They cannot be picked up in this game.