Ray and the Beanstalk 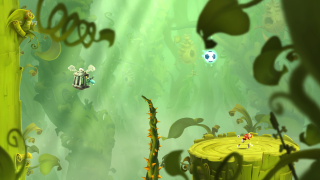