Rayman 100 Levels is a compilation released in the Netherlands in 1999. It includes Rayman By His Fans and Rayman 60 Levels, both in English. The text on the packaging, as well as the on-disc PDF manual, are in Dutch. The CD contains an incomplete version of the soundtrack, also seen in the North-American release of Rayman Forever, with the Image and Caves tracks shortened, and the Jungle track erroneously playing the ambience portion of the Caves music.

Unlike the French release, Rayman 100 Niveaux, this bundle does not contain the minigames (le bouingue, feu nourri and multiplication des pains) or "the making of Rayman 2" videos, despite mentioning both erroneously on the packaging. 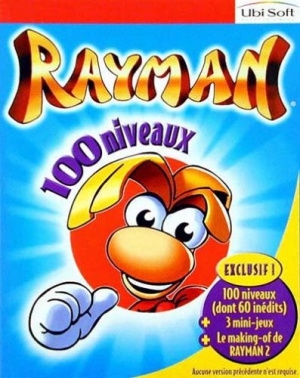